Since 1987, the Hildes medal has been awarded at each International Congress on Circumpolar Health to distinguished individuals nominated by the adhering bodies of the International Union for Circumpolar Health. Since 1987, more than twenty researchers and health workers from Alaska, Canada, the Nordic countries and Russia have received this award. Between them, the recipients share an unsurpassed volume of knowledge and experience about the Arctic. 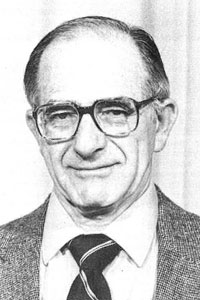 Dr. Jack Hildes was born on January 22, 1918 in Toronto, Canada. He received his medical degree at the University of Toronto. From 1941 to 1946 he served in the Royal Canadian Army Medical Corps, serving in Burma and Singapore, and rising to the rank of Lieutenant Colonel.

After the war he pursued postgraduate studies in Internal Medicine, Gastroenterology and Physiology in England as well as Canada. He received his MRCP degree in England in 1948, and his Fellowship in the Royal College of Physicians of Canada in 1949.

In the 1950s and 60s he engaged in physiology research, particularly with regard to cold adaptation. He assumed a provincial leadership role in the early 1950s, when an outbreak of polio assumed epidemic proportions. He had an active practice in Internal Medicine and Gastroenterology at the University of Manitoba, becoming full professor in 1966.

His work in cold physiology after the war led him to undertake numerous trips to the arctic regions of Canada as well as other circumpolar arctic regions. He developed a deep understanding of the medical needs of arctic peoples, and the challenges that face health care workers in remote regions. In 1970 he formed the Northern Medical Unit within the University of Manitoba. The Unit now bears his name, and continues its mission based on his founding principles of health care service delivery, teaching and research. He was an early advocate for the empowerment of aboriginal people in health and health care issues.

Dr. Hildes served as a consultant, researcher, teacher, clinician and friend to aboriginal people from coast to coast within Canada, and internationally. He was a co-founder and chairperson of the Canadian Society for Circumpolar Health, and was active within the International Union for Circumpolar Health. He was a mentor and friend to several generations of doctors, nurses, scientists, community health workers and advocates within circumpolar regions. In turn he was sustained and nurtured in his personal and professional life by the love and support of his wife Marianne, and his children Elske, Joseph and David. 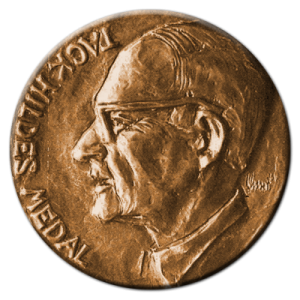 The award is one of prestige and honour, to be given to those working in any of the circumpolar nations with the dedication exemplified by that of Dr. Hildes. It is an international prize, awarded to individuals demonstrating excellence in northern medicine and health, in consideration of their contributions through service, research and humanitarianism. 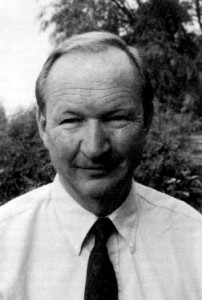 The mission of the fund is to foster the ideals of Jens Peder Hart Hansen (1936-1998), to increase international co-operation in circumpolar health research and education by mentoring and encouraging emerging researchers and workers in the field. Starting in 2003, each adhering body has recognized and honored an emerging circumpolar health worker to encourage their continued efforts. The fund emphasizes support of indigenous workers, as defined by each adhering body.

Every 3 years each adhering body will nominate, and with the help of the Jens Peder Hart Hanson Memorial Fund (JPHHMF), support emerging circumpolar health workers to encourage their continued efforts to improve circumpolar health. This fund will emphasize support of indigenous workers, as defined by each adhering body, within the spirit that gives everyone the opportunity to compete on equal terms.

Each adhering body nominates 1-3 emerging circumpolar health workers. These workers are invited to submit a two-page abstract of their proposed presentation or a short description of the study that they wish us to review. The adhering body selects the recipients on the basis of these abstracts and local criteria. The adhering bodies may chose to submit one or all the proposals to the JPHHMF Subcommittee for final approval.

The JPHHMF will make available as much as 500 USD every 3 years for distribution to the adhering bodies for support of emerging circumpolar health workers. The distribution interval will coincide with the interval to the next ICCH. This funding can be supplemented by the adhering bodies. In addition, registration to the next ICCH will be waived if the emerging health worker is providing a presentation at that ICCH.

The JPHHMF will be professionally managed by the Alaska Community Foundation with anticipated payouts out of as much as 2,500 USD every 3 years on a date not more than 6 months before the next ICCH. The JPHHMF will initially manage not less than 15,000 USD from the IUCH, as well as matching funds from the adhering bodies and private donations. The investment goals of the JPHHMF will be set by the JPHHMF subcommittee of the IUCH in accordance with the professional management tenets of the Alaska Community Foundation.

Private donations will be strongly encouraged.

The draw-down schedule will be determined by the JPHHMF Subcommittee in accordance with the professional management of the AMF. This schedule may include, but is not limited to, placing the next q 3 year pay-out in a Certificate of Deposit, thereby allowing the bulk of the funds to be exposed to a higher rate of return. This CD acquisition process will be repeated on a q 3 year basis.

The IUCH JPHHMF subcommittee will be composed of at least seven, or an odd number of members to include one member from each adhering body.

In addition, a representative from Jens Peder Hart Hansen family (Peter Bjerregard will be the liaison to the family).

This Charter was agreed upon by the Council to the International Union on Circumpolar Health after in person and electronic communications concluding 8/28/01.